Today was our planned rest day in Cairns. We booked a boat ride to Fitzroy Island to do some lying in the sunshine whilst sipping cool beers – however the Weather Gods decided that we weren’t going to get that. Setting off for the island at 8.00am in a grey overcast gloom wasn’t what we had in mind. In fact the locals said it was one of the coldest days they’d had on the island. However, not to be deterred we switched from our ‘inactive’ plan to ‘all action’

Firstly it was out in the glass bottomed boat where Sarah jumped overboard and spent an hour snorkelling the reef observing some amazing fish and coral. I was struck on board where I had the most fascinating talk to the boat’s captain, a real character.

After a quick change we grabbed some lunch then had a tour of the turtle rescue centre which was very interesting indeed.

After this we really went for it and climbed the mountain at the centre of the island. How steep was it I hear you ask – suffice it to say that it has two sections called Calf Burner 1 and Calf Burner 2. It was very tough but we made it up and back again. Then it was another walk to Nudey Beach – no, not that sort of Nude!

A quick trip back to the mainland in the dark to catch the end of the Cairns Ironman contest. To be honest we felt like we’d done that on the island.

Tomorrow we head off to Melbourne for the final part of our Walking Hockey Roll Out. 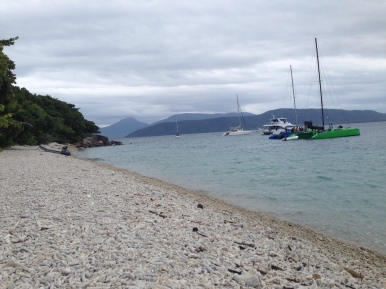 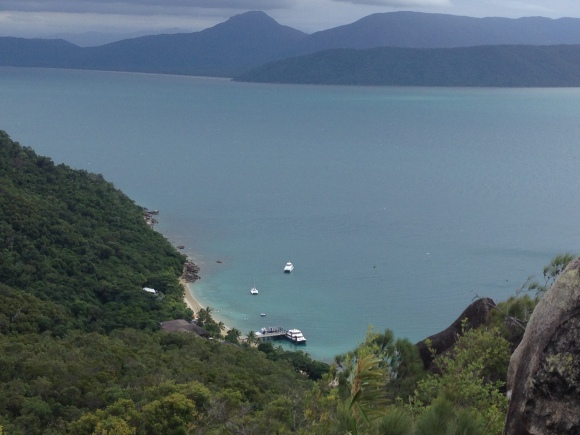